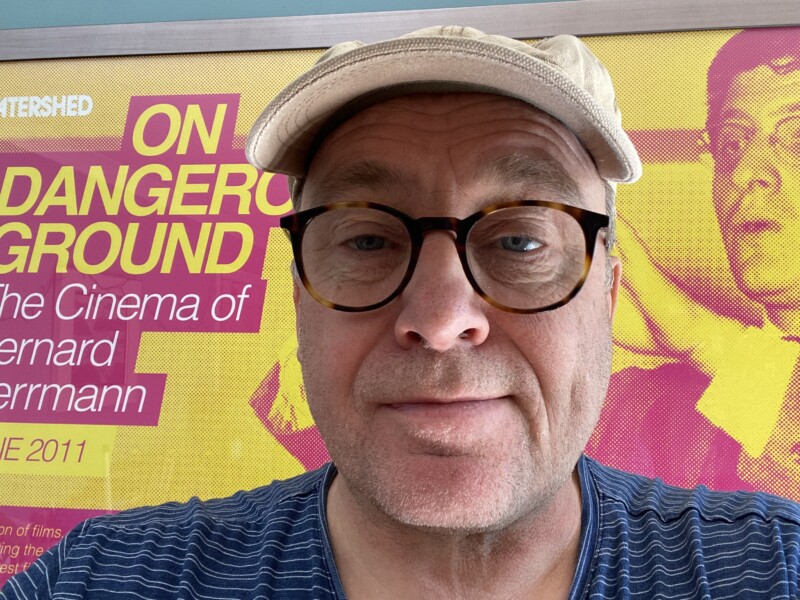 This 2021 Covid-19 moment has prompted a lot of thinking about the cinema or perhaps, more keenly, that 50-year-old question of ‘the death of cinema’, which somehow feels all too real with my own cinema, like everywhere else, closed for months on end.

The death of cinema has been much predicted ever since television took grip in the 1950s. The graph of UK cinema attendance since then is a slalom slope of decline until the mid-1980s and the arrival of the multiplex where admissions seemed to have levelled out at around 170 million visits per year. Sounds a lot until you compare it to the height of 1,225 million in the late 1940s. This pandemic year, however, has brought into stark relief the fragile assumption of the pre-eminence of the cinematic. As we consume more and more films online, on multiple screens, on the move, will we finally lose the habit of going to the cinema, that place which for people like myself became the definition of how to experience a film?

I’ve spent most of my professional life in or around the cinema and before that most of my growing up in and around films. What follows are some personal and professional reflections on a life cinematic.

My earliest cinema memories are of the George, a high-street cinema in Barrhead. Most vivid is that of the luminescent grandfather-style clock on the left of the screen by which you could keep track of the real world’s time. Also – and this is very Cinema Paradiso – that of me and my friends rushing upstairs for front row seats on the balcony where we would drop the occasional Malteser or, if we were really intent on serious damage, a mint imperial. More often than not it would hit the floor and you could hear it run down to the front of the stalls (this was during the quieter matinee slots). Sometimes it would hit a target and you would hear exclaimed ‘yous little buggers I’m going to come up there and skelp yous’.

Ironically it was the very growth of television which opened up my cinematic horizons. I grew up in a new-build council estate on the fringes of Glasgow in the 1960s as captured so dreamily in Lynne Ramsay’s Ratcatcher. Jimmy Cagney, Humphrey Bogart and John Wayne were my holy trinity. Being from a Catholic background, albeit less than half-hearted, the febrile aura of religion was never far away in a Glasgow neighbourhood. The overlaps between religion and film first met when at the age of ten I did the entrance exam to attend the prestigious city-centre St Aloysius school. The question was something along the lines of ‘which person do you most admire and why?’. From a 40-plus-year distance I now see this was a leading question: ‘which of Christ and the apostles should you pick?’ I plunged in about my admiration for Jimmy Cagney, particularly in his gangster roles. Even though I got the initials right and must have referenced Cagney’s emotional act of salvation at the end of Angels With Dirty Faces, I didn’t pass the exam.

Film horizons were further widened with the discovery of a film society in the West End of Glasgow run by the Scottish Film Council. Amongst the films I attended, it is George Pabst’s Kameradschaft and feeling the claustrophobia of the mines and the miners that sticks out along with Martin Scorsese’s Taxi Driver. At the time – late Seventies – it was de rigueur for adolescents to wear army-and-navy surplus gear. I walked out of Taxi Driver into the wet mean streets of Glasgow – well, not so mean in the West End – pulled up my khaki army-surplus collar and wondered if I might be ‘God’s only man’. Or was it ‘lonely’?

By this time I was at Glasgow University, ostensibly to study English but realising I could also study a new subject: Film and Television. I was beginning to meet my tribe – Bob, Grahame, Sally et al. Grahame in particular took film obsession to a whole new level. In those days the course’s selected titles arrived on film, mainly 16mm. Grahame could project so we arranged to have our own screening of Polanski’s Chinatown. We turned up at the allotted time but no Grahame. We heard a noise coming from the cupboard, opened the door and there was Grahame holding the 16mm running projector. Chinatown in all its Cinemascope splendour being projected onto the cupboard wall in dimension of inches. ‘I’ve worked out how he did it!’ exclaimed Grahame. ‘What?’ we replied. ‘The nose slicing!!’ And so we all watched as frame by frame the tip of Polanski’s flick-knife sprung open to squirt fake blood over Jack Nicholson’s nose. It was as if the Dead Sea Scrolls had offered up their mysteries.

Glasgow did not have a full degree in film. At that time – the early 1980s – there were only a handful of degree courses in the subject. (Film was just beginning to flex its intellectual muscles as a serious subject of study.) I transferred to one of them at Bulmershe College in Reading where I was taught by Doug Pye and Jim Hillier from the Movie school of film theory and Laura Mulvey, the then rising-star of psychoanalytical and feminist film theory.

My film education was deepening not just through the course – which included study of melodrama, American independent cinema, the European avant-garde – but through regular trips to the many rep cinemas in London. My new group of cinephiles included the now Professor of Film at Salford University, Andy Willis. He and I would take the bus up to London to go to the now legendary but then insalubrious Scala Cinema in the equally seedy and intimidating neighbourhood of Kings Cross to take in double-bills of the likes of Wim Wenders, Fassbinder or Sam Fuller.

There was a college film society which Andy and I found underwhelming in its mainstream selection of Porky’s type films. We decided that we would infiltrate the committee. The screenings were on Sunday afternoons and having just watched Wenders’ three-hour-long Kings of the Road at the Scala we decided it would be a perfect opener for our takeover season.

We got the print in – I think this was 35mm – and immediately put it onto the Steenbeck preview machine to take photographs of the scene with the iconic line ‘The Americans have colonised our subconscious’. Hey, we were students! And also to double-check if that ablution scene was indeed a single take. So Rüdiger Vogler really did take a dump at the side of the road. . .!

The thing about film societies is that members pay for the season of films upfront and on a college campus you also have a captive audience. So, it was on that fateful Sunday that Kings of the Road played to 250 eager fully-paid-up Bulmershe College Film Society students. Some of them lasted the first hour. You have to remember that these were mainly Porky’s reared PE-teacher-training students. What else could you expect when faced with a slow-paced, black-and-white, three-hour classic example of New German Cinema? By the end of the screening there were maybe eight, possibly six, including Andy and I who heartedly applauded our and Wenders’ achievement.

I realise now, from this distance, that this was my first experience of programming a cinema; of introducing something new to an audience; of expectations being challenged and audiences voting with their feet. But also, how mesmerising, beguiling and brave was Wenders’ exploration of his generation of post-war young Germans and how cinema – a particular kind of cinema – was going to be central to exploring, presenting and shaping their identity.

What I have learned from these formative experiences, and since, is that there is something unique, ineffable, mysterious, entrancing and, indeed, confrontational about the screening of a film in the cinema and I am quietly confident that cinema’s post-pandemic future lies in the essential alchemy of the shared communal cinematic experience.

Mark Cosgrove is Cinema Curator at Watershed in Bristol. He has been on juries at film festivals including Cannes and Berlin. He is founder of Cinema Rediscovered Film Festival.