A Cinema’s Memories: A Poem 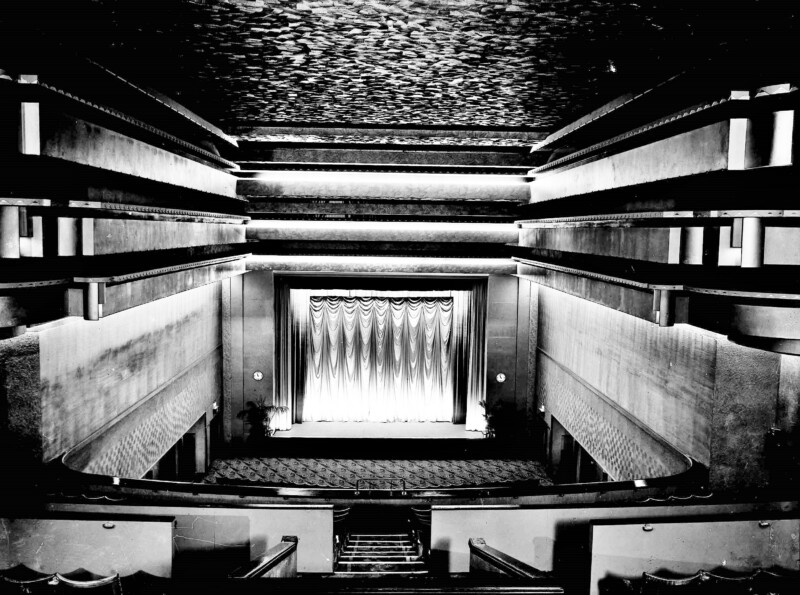 That Saturday night bright roses flew,
when The King of Kings appeared
in black and white days, before colour.

My seats, which snap back and trap
people. They didn’t mind, because
visiting me was a treat, a holiday.

Once, I had a smoking side,
a ‘non-smoking’ side, all of it
foggy with cigarette fug.

People loved the Odeon too, my
friend in town. Sometimes a cheeky
dog was let loose in my screen,

but still human cries filled my rooms.
My silver screen was said to be
haunted, day and night. People queued,

an excitement building, couldn’t wait
to taste my mouth-watering popcorn,
their feet shaking with anticipation.

Once, a young girl face-planted
on my floors, as soon as she
opened my doors. The Sound

of Music bounced around my halls.
Children ran, snacks in hand,
the rustle of popcorn bags

while I shared my movies.
Karla and Jamie on a first date,
sat in velvet seats with buttery

popcorn. People getting scared
and tipping snacks on neighbours,
cheering and dancing around me:

footsteps which come from the back.
For a while, I became a bingo hall:
it was fun, but not as fun as stories.

Now, film has abandoned me. I am
heartbroken, awaiting bulldozers.

This collaborative poem was created as part of Local Learning’s Opening Up the Magic Box project in Film2021. The pupils collected recollections of cinema-going from local people and then Caleb Parkin, Bristol City Poet, rapidly wrote these memories down as each child called one out. As the children watched, the poem emerged as their words appeared as if spoken by a cinema personified.