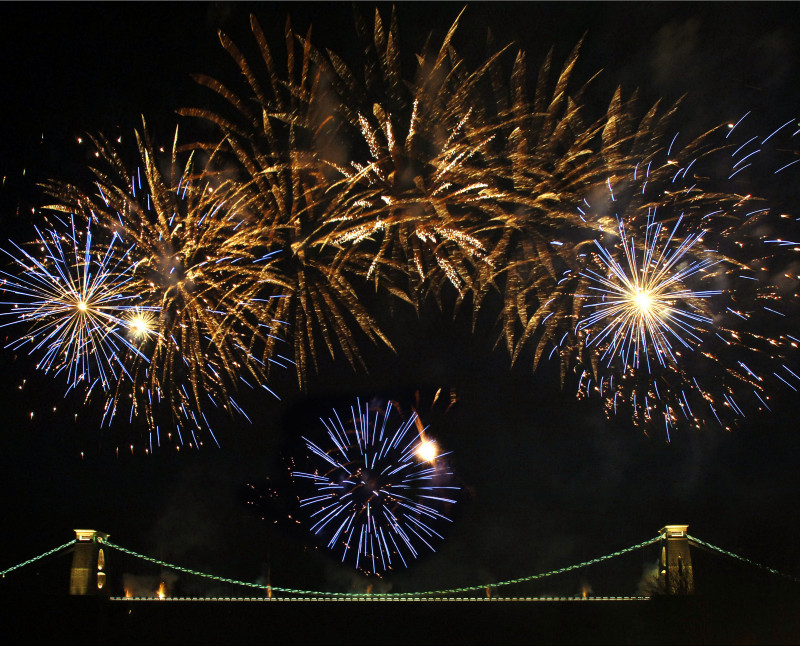 Brunel200 was a year-long celebration of the life and work of Isambard Kingdom Brunel – one of the world’s most versatile, audacious and innovative engineers. It marked the 200th anniversary of Brunel’s birth.

• To ensure widespread awareness of the life and times of Brunel along with other engineers, past and present.
• To encourage greater awareness and knowledge of the value of heritage and its role in learning and regeneration.
• To highlight the importance of creativity and collaboration in project development and delivery.
• To promote engineering, arts, science, innovation, design and architecture.
• To attract more visitors to Bristol, and its Brunel attractions in particular, as well as encourage visitors to the South West.
• To create the new Brunels – creative people dedicated to looking in original ways at how to develop and create future towns and cities.

The Brunel200 programme included exhibitions and debates, arts and engineering projects, garden tours and urban trails, television programmes, comics and academic books. It reached communities in towns and cities, in schools, colleges and universities, in museums and galleries, and online.

Brunel200 was both a celebration of the past and a demonstration of the relevancy of history to the way people live today and will live in the future. It sought to appeal to those with a general interest in Bristol and the South West and those interested in more niche aspects, such as promoting contemporary art and design or exploring the lives of the Victorians.

Work on the project began in 2002 when BCDP drew together a small advisory group. Initially looking at the prospects within Bristol, by early 2004 the group had grown into a much larger body of interested parties and the proposed programme had expanded to cover the whole South West region. Successful applications to the Millennium Commission’s Urban Cultural Programme and the Heritage Lottery Fund, along with backing from a range of sponsors and other funders – including Arts & Business, Bond Pierce, Butcombe Brewery, Discovery Channel, First Great Western, Osborne Clarke and Rolls-Royce – provided a total spending budget of around £4m.

The press launch for the programme was held on 12 April 2005 in Bristol. The Brunel200 website went live on this date and featured some of the hundreds of images that had been gathered for use in publicity and research material. (The website is now archived: it is still accessible but does not conform to current data protection requirements and we are no longer able to edit it.) To better support BCDP’s increasing workload, the advisory group made way for a smaller operational group backed by marketing, education and exhibition sub-committees. The core BCDP team of Andrew Kelly (director), Melanie Kelly (research director and project manager), Alison Parsons (accountant and company secretary) and Rachel Thorne (assistant) was supplemented by two fixed-term Brunel200 staff appointments: Ruth Sidgwick (project manager) and Sue Sanctuary (education coordinator). Martyn Heighton served as South West Brunel200 Champion in the early stages of development. Most of the Brunel200 marketing material and publications, along with the website, were designed by Qube Design Associates Ltd.

On 8 April 2006 – a day of glorious sunshine and torrential rain – thousands gathered on Observatory Hill at Clifton Down in Bristol for a free concert featuring performances from Brunel Brass, Bristol Choral Society, Dance Bristol, ACTA community theatre, jazz musician Andy Sheppard and 200 saxophonists. Thousands more gathered in Cumberland Basin for the best view of the star of the show, the Clifton Suspension Bridge.

As darkness fell and the final notes of Sheppard’s rendition of ‘Happy Birthday to You’ drifted away, author and broadcaster Adam Hart-Davis, accompanied by the three young winners of the Send Brunel a Birthday Card Competition, pressed a giant plunger set on the terrace of the Avon Gorge Hotel. From this cue, the Clifton Suspension Bridge was bathed in a new, state-of-the-art lighting system and seconds later the opening salvo of a spectacular display of fireworks set to music rose into the air. This was the stunning culmination of the official opening event of the Brunel200 programme.

There were three major Brunel200 exhibitions in Bristol: The Nine Lives of I K Brunel at the ss Great Britain’s Maritime Heritage Centre; The Forces That Made Brunel in At-Bristol; and Brunel and the Art of Invention at Bristol Museum and Art Gallery. There were also smaller-scale exhibitions in Bristol and across the region. These included: a touring exhibition organised by the British Postal Museum and Archive; a collection of photographs by Nick Hand of local companies bearing the Brunel name shown in a disused early twentieth-century toilet block; a showcase at the Architecture Centre for some of submissions to the 200 Ideas for Bristol Competition held to coincide with the Festival of Ideas; Brunel Exposed, a contemporary look at Brunel’s work around the city by sixth-form student Ashlee Taylor, who also ran workshops introducing young people to pinhole photography and digital camerawork; and displays at Falmouth Art Gallery, Porthcurno Telegraph Museum, The Subscription Rooms in Stroud, the Royal Cornwall Museum, the Holburne Museum in Bath, Newton Abbot Museum, Teignbridge and South Hams Museum and Torquay Museum.

BCDP was always keen to include a variety of publications as part of the programme. These could provide a tangible, lasting legacy for the year. The most ambitious was Brunel: In Love With the Impossible, a large-format, beautifully designed collection of newly commissioned essays featuring over 460 high-quality illustrations. The book was sponsored by seven engineering companies (recruited by Alf Perry of Arup) and the Society of Merchant Venturers. Another important publication was the comic-book biography of Brunel written by Eugene Byrne and drawn by Simon Gurr.
Smaller publications included the three pocket-sized walking trails of the city that could be picked up at the Tourist Information Centre and other sites: Brunel’s Dockside, Brunel’s Clifton and Victorian Bristol.

Brunel200’s main educational programme was developed with Creative Partnerships. It enabled access to a wide range of learning opportunities for all ages and all abilities. It is estimated that at least 20,000 children benefited from the Brunel200 school residencies and other live projects in Bristol. These included:

• 30 performances of Brilliant Mr Brunel!, Richard Ellam’s touring science show for KS2 and KS3.
• 20 school visits by Brunel impersonator Martin Williamson.
• 40 performances of the Brunel puppet show for younger audiences, The Stovepipe Spectacular Vernacular or ‘The truth beneath the hat’.
• A flotilla of model ships created by pupils at Chester Park Junior School in Fishponds working with sculptor Barbara Ash.
• Hybrid inventions devised by children at St Bernard’s Primary, Shirehampton working with Toby Hulse and Pickled Image.
• The creation of an enormous bridge installation in the school hall at Blaise Primary led by the artists Paper, Scissors, Stone.

Individual venues and organisations across the region also organised their own Brunel-themed educational activities.

Brunel200 sought to bridge the gap that has developed between the arts and sciences, celebrating all forms of creativity and raising awareness of the shared goals and methods of visual artists, performers, engineers, architects and scientists. This approach was exemplified by the 30 new arts projects supported by Brunel200 in Bristol and the 18 that took place in the wider region, which used an array of art forms to explore engineering, industrial heritage and local communities. They included music commissions, quilting, touring theatrical shows, site-specific sculpture, exhibitions, festivals, promenade performances, crime fiction, discovery trails, radio broadcasts and an epic poem. Through their research and through their partnerships with people in other disciplines, the commissioned artists not only provided a variety of ways in which the public could engage with Brunel and the wider themes of the Brunel200 experience, but also broadened their own understanding of the creative and collaborative process.

Feedback quotes from various participant surveys used during the course of the programme included:

• ‘I didn’t really know who [Brunel] was or what he did before; the project opened my eyes to some of his amazing accomplishments.’
• ‘What an amazing man Brunel was! He should be depicted on a bank note!’
• ‘Events such as Brunel200 do much to encourage us all to be a part of local life, to wish to participate and give something to the community, however little. This has its own rewards in a sense of belonging and well- being – far more valuable than the financial rewards we are constantly encouraged to pursue in the contemporary world.’
• ‘Brunel is an awesome figure to whom we owe so much and to all who made his works possible.’
• ‘I am extremely grateful to Brunel200 and the sponsors in providing me the opportunity to celebrate Brunel’s birthday, to meet so many wonderful people and to have obtained such marvellous memories and experiences.’
• ‘Brunel makes me proud to be a Bristolian.’
• ‘The whole thing was a perfect event and made one proud to live in the great city of Bristol.’
• ‘This is just the sort of event that can really unite a place and create huge amounts of positive feeling.’
• ‘Discovering and exploring history like this, alongside young people, has been an exciting, fascinating and highly educational experience, not only for the children, but also myself. The scope and range of the children’s imaginations are inspiring and I’m sure elements of this project will carry over into my own creative practice.’
• ‘The pupils still talk about it now and I feel that they have developed a new approach and understanding of the whole design process. They were also all extremely proud to have their work recognised. Overall a great success.’
• ‘In my opinion, it is very important to be aware and to be proud of one’s past. Especially for the young people as it helps them to understand where they belong, what our predecessors did for us, to make our life what it is now.’
• ‘Honestly had no idea of how talented the man was. And I’ve become extra proud of the bridge; it’s a great icon of creativity, design and determination.’
• ‘I am pleased that Brunel200 trusts individual artists enough to recognise that we can create work, run projects, deliver them to time, make our art accessible to and draw in new audiences just as successfully as organisations… other funding schemes and public event organisers should take note.’

The majority of those who responded to the various surveys used in assessing Brunel200’s impact believed that the programme had succeeded in its goal to raise awareness of local heritage and increase civic pride.

Brunel200 was a gift to BCDP: an opportunity to celebrate Bristol’s close association with a charismatic character who changed the world; a chance to once again bring together arts and sciences, as Brunel did; a way to show the importance of engineering, then and now; and a means of bringing together the South West in a manner that no other project has done before or since. In terms of BCDP work, it was perhaps the most integrated of all projects and one that reached into more aspects of the city’s life than any other.

THIS ARTICLE WAS FIRST PUBLISHED IN 2018 AS PART OF THE PROGRAMME MARKING THE 25TH ANNIVERSARY OF THE FOUNDING OF BRISTOL CULTURAL DEVELOPMENT PARTNERSHIP (BCDP), THE ORIGINAL NAME FOR BRISTOL IDEAS.