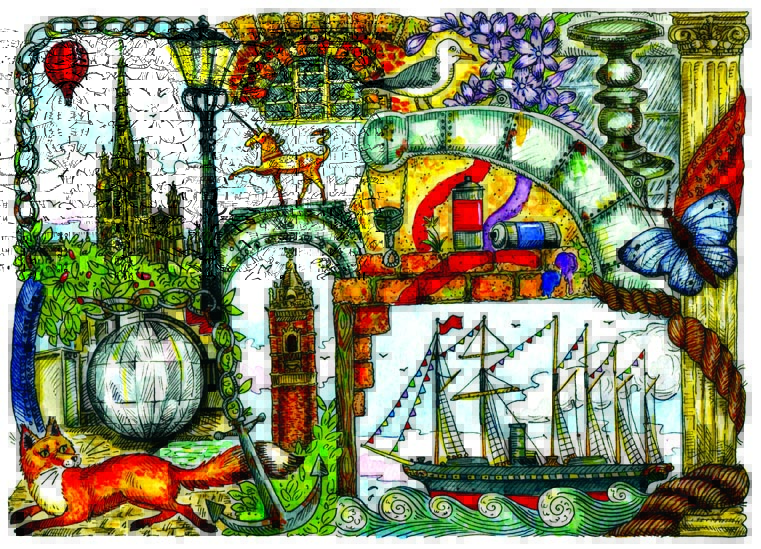 Bristol800 was a partnership programme that developed, delivered and promoted activities in 2016 that celebrated significant Bristol anniversaries along with other commemorative and special events that raised awareness and encouraged debate about different aspects of the city.

The core of the work was in two areas:

1/ City-wide learning about Bristol through small-scale projects linked to many of the historical anniversaries that took place through the year, along with the free distribution of a specially produced book of walks exploring different aspects of Bristol’s heritage and present-day life.

2/ The Bristol Weekenders: Weekends of arts events from a wide range of artistic disciplines and organisations at venues around the city. The weekends were produced by a variety of partners as part of a programme celebrating Bristol’s history, present-day cultural achievements and plans for the future. Further details below.

Bristol800, therefore, was a celebration of the city that followed in the tradition of  projects that in the past celebrated Isambard Kingdom Brunel (2006) and the aviation industry (2010), and commemorated Bristol’s connections to the First World War (2014).

It also built on Bristol being European Green Capital in 2015 and initial discussions around submitting a bid to be European Capital of Culture 2023.

14 February 2016
Chains of Love
Led by Love the Future

20-22 May 2016
Utopias
Led by Bristol Cultural Development Partnership/ Festival of Ideas with the Cabot Institute, University of Bristol

18 September 2016
My Bristol, Our Future
Led by Ujima Radio as part of Make Sunday Special

10-11 December 2016
Strange Worlds: The Vision of Angela Carter
Led by the Royal West of England Academy
(see the UWE student posters for the exhibition on the blog: Part 1, Part 2, Part 3, Part 4, The Winner).

The BRistol800 Promotional image was by Alys Jones.