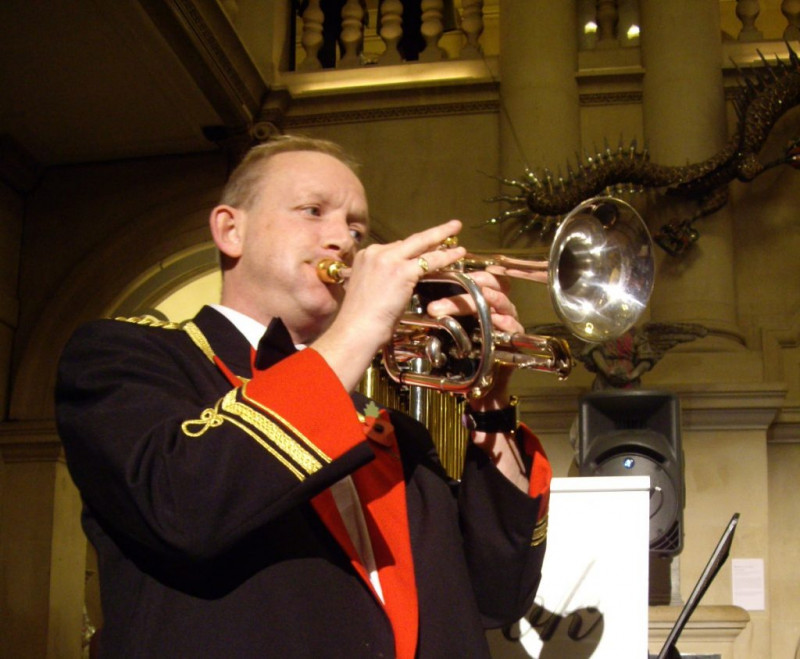 Bristol 2014 was an extensive programme of activity marking the centenary of the start of the First World War and looking at other conflicts that have had an impact on the city over the last century.

The programme was part of the Imperial War Museum‘s First World War Centenary Partnership and is thought to have been the largest collection of public events outside of London during the centenary.

Managed by Bristol Cultural Development Partnership (BCDP – now Bristol Ideas), it was launched in autumn 2013 and officially ended in March 2015, though some of the partner organisations continued to run war-related projects until at least 2018 (the Bristol Great War Network grew out of the Bristol2014 advisory group). Among over 50 partners involved in the development and delivery of the programme were volunteer-run local history societies, arts and culture organisations, heritage sites, groups associated with the armed forces, religious groups, the two Bristol universities, schools and scout troops, trade unions, archives and libraries, tourism bodies and the local media.

With the First World War as its starting point, Bristol2014 provided a local response to an international event that changed the world, linking the exploration of heritage to an examination of contemporary wars that continue to have an impact upon communities in the city.

The programme ranged from amateur concerts in community centres and churches, to the National Arts Orchestra of Canada performing at Colston Hall; from one-day poster displays of the latest research findings of a local history group, to large-scale object-based exhibitions lasting a month or more; from talks delivered in branch libraries, to a lecture by Sir Max Hastings which filled the Great Hall of the Wills Memorial Building; and from guided walks around the war graves of Arnos Vale Cemetery, to a tour of Bristol Central Library’s archive of material relating to opposition to the conflict.

Topics addressed over the course of the year included: the protests of conscientious objectors and the experiences of those on the frontline; the changing role of women in society and the changes in political opinion; those who came to the city because of the war and those who were forced to leave; the impact of the war upon the physical fabric of the city and its industries; the ways in which the dead have been remembered and commemorated; eyewitness accounts recorded at the time and modern reinterpretations of what took place; and the legacy of the conflict, locally, nationally and around the world.

A group of inter-connected projects were undertaken with support from the Heritage Lottery Fund (HLF). These were, in order of start date:

• The Bristol2014 website, launched in April 2014 as a one-page holding site with a mailing list registration form and Twitter link. It was relaunched as a fully operational site at the end of June. It provided What’s On information, news, historic background material, articles (some submitted by members of the public) and resources for some of the individual projects. It was regularly updated until March 2015, by which time it had had 10,897 visits. (the archived website is still available but does not conform to current data protection requirements and we no longer have the access needed to edit it.)

• The Learning Communities Digital Stories Project: a targeted learning module that combined acquiring and developing digital story-making skills with finding out about the First World War and other conflicts. The first session was held in April 2014 and the last in November. A total of 23 learners took part, including members of the local refugee and asylum-seeking community, and nearly 100 minutes of digital material was produced and uploaded to YouTube.

•  Researching Your Bristolian Ancestors in the First World War: A Guide written by Eugene Byrne. This specially commissioned 40-page book featured useful information aimed at those wishing to find out about their family connections to the war. It was produced in association with Bristol and Avon Family History Society and with the additional assistance of Bristol Record Office, the Local Studies Service at Bristol Central Library and local author Clive Burlton. 4,500 copies were printed and distributed free of charge in July 2014 and it is also available as a PDF download.

• The Great War Stories map. Eugene Byrne provided the content for this free smartphone app based upon a specially created layer of Bristol’s Know Your Place online map. It was available to download from Google Play and the Apple Store from July 2014 and contained 154 stories. By March 2015 it had been viewed either in the app form or from the website over 1,800 times.

• Festival of Ideas talks. This series of 20 free talks and debates on a war-related theme was held between July and November 2014. It had a total audience of over 3,300. Of the audience members who completed a survey, 97 per cent rated the session they attended ‘Very good’ or ‘Good’. Audio recordings of the events are available on SoundCloud, along with audio versions of the Digital Stories.

• The Great Reading Adventure 2014. 20,000 copies of the 120-page Bristol and the First World War were printed and distributed free of charge in October 2014. The book contained a fictional graphic story by artist Alys Jones based on local events along with a range of short essays commissioned from a variety of authors. Download the Bristol2014 Great Reading Adventure Book (PDF)

• Moved by Conflict, a major temporary exhibition at M Shed exploring the physical, social and personal changes that result from war. There was an accompanying series of special events. A First World War-themed trail was also devised for use in the permanent galleries of the museum. The exhibition opened October 2014 and closed 1 March 2015, by which time it had had 10,114 visits.

Of those who completed a survey, 95 per cent agreed the HLF-funded projects had ensured heritage was better interpreted and explained and 97 per cent had enjoyed the experience. The HLF grant also contributed to the cost of general marketing material for Bristol2014, which included printed brochures, banners, posters and e-newsletters.

Another important strand of Bristol2014 were the arts projects funded through Arts Council England. Commissioned artists included authors, photographers, fine artists, graphic artists, cartoonists, dramatists, architects, a rapper, a ceramicist, an enamellist, a composer of brass band music and a paper engineer. Each project had a page on the Bristol2014 website. Many of the artists spoke at a free all-day event in Watershed on 15 November held in association with the Festival of Ideas. Most of the visual artwork was displayed at the Re-membering exhibitions at the Royal West of England Academy (RWA) that formed part of the gallery’s Back From the Front programme.

Among the projects were:

• ‘Leaving the Line: Images and Words of War and Wondering’, a collaboration between military historian Jeremy Banning and Tania Hershman, a fiction writer and poet. 500 sets of 12 postcards were produced, combining an image with a 100-word short story or poem.

• Helen Dunmore’s short story ‘A Silver Cigar in the Sky’. • Angus Fraser’s ‘The Flooded Trench’, a large-format photographic work that was inspired by a Siegfried Sassoon poem.

• Paul Gough’s suite of drawings that reflected on the fabric of memory.

• Harvest’s War, Women and Song, a celebration of the Lena Ashwell YMCA Concert Parties of the First World War.

• Composer and arranger Liz Lane’s new work for brass band and narrator called ‘Silver Rose’. The words were taken from the work of Bristol-born poet Isaac Rosenberg. It was premiered at a Remembrance Sunday concert at Bristol Museum and Art Gallery with narration by Robert Hardy. Subsequent performances of this work have included a special adaptation created for the first concert by the South-West Open Youth Orchestra.

• The Rupert Brooke tea service, created by Hanne Rysgaard, a ceramicist, and fine artist Anton Goldenstein. It was inspired by the knowledge that Brooke ate his last meal on English soil at Avonmouth before departing for the war.

• Show of Strength’s performance piece ‘From Vagrant to VC’ about Thomas Rendle, a VC recipient from Bedminster.

• ‘The Sound of a Veteran’ with words and music by Upfront MC and video material by Harry Gough.

In addition 21 Illustration students at the University of the West of England produced a series of posters inspired by the Bristol2014 programme that could be viewed on the website. They were also displayed at the RWA; some were used in marketing material; and they were reproduced in the Back From the Front book, which was published in e-book format and as a limited-edition print version.

Places need to have opportunities for thoughtful remembrance that can be shared by the whole community. Bristol2014 brought together a remarkable partnership: from churches and schools, historians and artists, to veterans’ groups and the military today. It successfully combined education and learning with moments of commemoration. Everywhere in Britain was affected by the First World War and Bristol was no exception to this. Through Bristol2014 BCDP succeeded in marking the bravery of soldiers as well as the futility of the conflict; honouring those who died and those who refused to serve; showing how the city welcomed refugees; and demonstrating how artists and writers have seen the conflict over the decades since its end.

THIS ARTICLE WAS FIRST PUBLISHED IN 2018 AS PART OF THE PROGRAMME MARKING THE 25TH ANNIVERSARY OF THE FOUNDING OF BRISTOL CULTURAL DEVELOPMENT PARTNERSHIP (BCDP), THE ORIGINAL NAME FOR BRISTOL IDEAS. PHOTO: musician from Lydbrook band during the remembrance sunday concert, 2014, taken by Melanie kelly.