What is the Legacy of Thomas Chatterton? Nick Groom 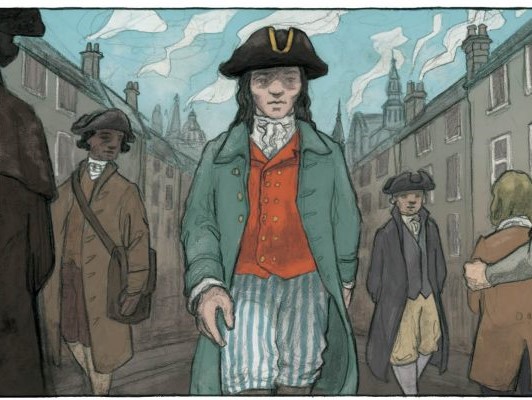 Thomas Chatterton's multifaceted work runs from scathing satire to some of the earliest anti-slavery poetry ever written, and among his extraordinarily diverse writing are moments of insight that can help us think through the challenges and dilemmas of the twenty-first century.

While Thomas Chatterton’s obsessive invention of mediaeval Bristol certainly makes his writing unique, it also risks alienating readers. Why should we read him today, unless we have a particular interest in eighteenth-century literature that describes the past?

In this talk, Nick Groom suggests that not only does Chatterton’s phenomenally imaginative recreation of the Middle Ages have striking significance today, it is in any case only one aspect of his writing.

Presented as part of Lyra 2021 and A Poetic City, in association with Bristol Poetry Institute and supported by National Heritage Fund.

Nick Groom is Professor of English Literature at the University of Macau, an author on subjects ranging from the history of the Union Jack to Thomas Chatterton, has edited several books and regularly appears on television, radio and at literary festivals as an authority on English Literature, seasonal customs, J. R. R. Tolkien, the ‘Gothic’ and ‘British’ and ‘English’ identities. Due to his extensive work on the Gothic, especially on the history of vampires, he has become known as the ‘Prof of Goth’ in the media and has written several articles on the Goth scene, including essays on the singer, Nick Cave.

This event has been organised as part of Lyra 2021, a festival which promotes local, national and international excellence, representing Bristol as a centre of world class poetry and booking artists from across the UK and world. This is an online event on Zoom. Tickets are booked through Lyra’s website. A booking confirmation email will provide you with the link for this event.