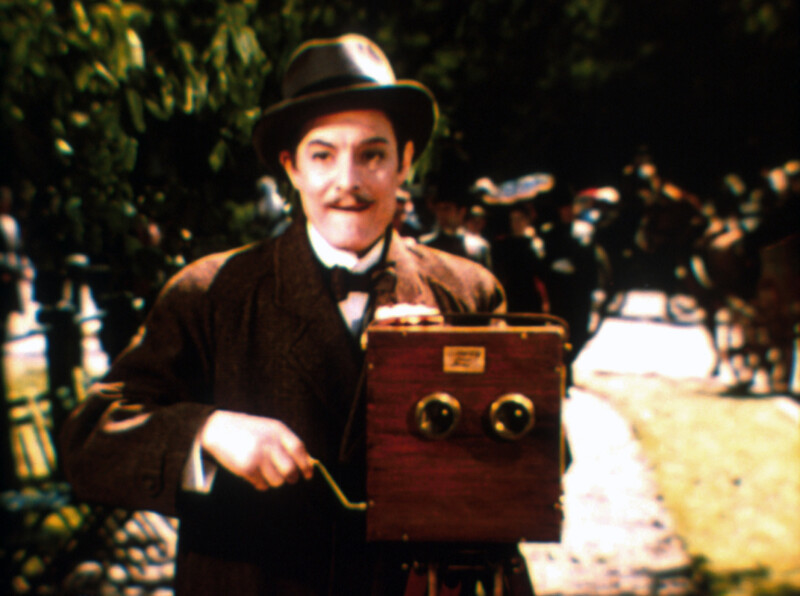 Unfortunately, due to staff shortages at Arnolfini, this event has had to be cancelled. We hope to rearrange a showing of The Magic Box. If you purchased a ticket, Watershed will contact you to arrange a refund.

The story of Bristol-born film pioneer William Friese-Greene is told in The Magic Box, which was made for the Festival of Britain 70 years ago to celebrate British ingenuity.

Based on Ray Allister’s book, Friese-Greene, Close-Up of an Inventor, the film offers fascinating insights into the pursuit of a dream – in this case to invent moving images – and the impact this has on the inventor’s family (Friese-Greene died virtually penniless thanks to his obsession). It’s also a defence of cinema as an art form for the people.

With a stellar cast and a brilliant production team – The Magic Box was made by the Boulting brothers and had a screenplay by Eric Ambler – it has been attacked as inaccurate. Although it plays with the facts as all biopics do, it provides a vivid representation of Friese-Greene, both the man and the way he lived his life. And it doesn’t claim that Friese-Greene invented moving pictures; as he says in the film, he was just one of the pioneers.

Terrifically entertaining with an engaging lead role played by Robert Donat, The Magic Box puts forward a great story through a cast of leading actors and actresses. There were cameo appearances by many British stars, including Laurence Olivier playing the policeman who becomes the first member of the public to see Friese-Greene’s motion pictures projected on a screen.

With a pre-recorded introduction by film director and historian Peter Domankiewicz.

This screening is part of Bristol Ideas’ #BristolFilm2021, in collaboration with Cinema Rediscovered and South West Silents.