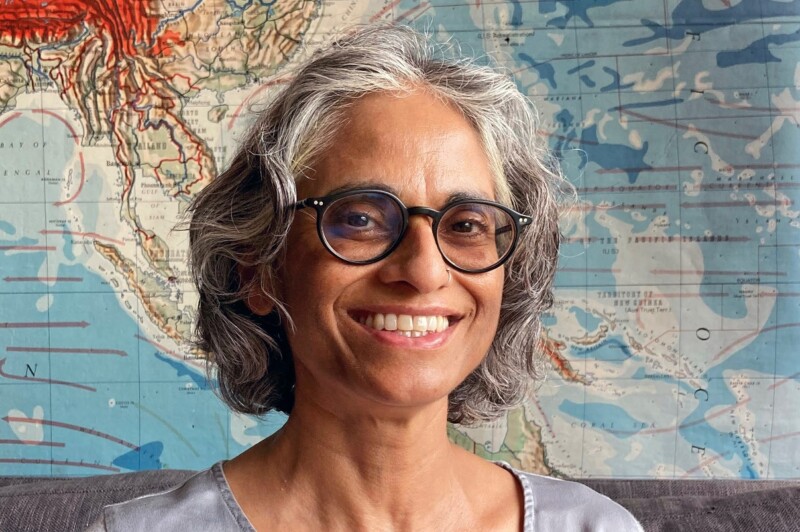 Professor Nandita Sharma gives a public lecture on racism, nationalist ideologies and the creation of controls over cross-border movement.

Following the Second World War imperial states were largely replaced by nation states, leading to a proliferation of immigration and border controls around the globe. Nationalist ideologies became not only legitimate but practically mandatory in politics, resulting in a widely accepted distinction between ‘Natives’ and ‘Migrants’. At the same time, there was a wide-scale effort to delegitimise racist ideologies – associated with Nazi Germany – demonstrating that ‘race’ was socially and historically constructed.

Today, the racism of colonial hierarchies has been transferred onto foreignness and finds expression in the everyday nationalism that underpins national borders.

In this public lecture Nandita charts the post-war movement towards national sovereignty to understand how, in the postcolonial era, racism is organised, practiced and resisted. In particular, she examines the growing ‘autochthonisation’ of politics: that is, how the ‘national’ is being reconfigured as the ‘native’, belonging to the soil. From White supremacists in the Rich World to anti-colonial movements of ‘indigenous’ people in old White British colonies she discusses a range of autochthonous movements in very different contexts, with very different political registers. Through these examples she shows us how today’s ‘migrants’ are being re-imagined as ‘colonisers’. She will also illustrate how national ideas of soil are being racialised and racist ideas of blood are being territorialised in these postcolonial narratives.

Following her lecture Nandita will be in discussion with Dr Maya Goodfellow, author of Hostile Environment: How Immigrants Became Scapegoats, to explore further the connections between race and immigration controls in the UK and beyond.

The discussion will be followed by a reception in the foyer of the Fry Building from 7.30-8pm.

This event is presented by Migration Mobilities Bristol (MMB), School of Sociology, Politics and International Studies (SPAIS), University of Bristol and Bristol Ideas.

Read: A Tale of Two Worlds

Nandita Sharma has written a blog post for MMB in advance of her lecture in June: A tale of two worlds: national borders versus a common planet.

Nandita Sharma is a Professor of Sociology at the University of Hawai‘i at Manoa. She is an activist scholar whose research is shaped by the social movements she supports, including No Borders movements and those struggling for the planetary commons. Her latest book is Home Rule: National Sovereignty and the Separation of Natives and Migrants (Duke University Press, 2020). Nandita is a Bristol Benjamin Meaker Distinguished Visiting Professor, hosted in Bristol during June and July 2022 by MMB.

Maya Goodfellow is a writer and academic specialising in the relationships between race, bordering and capitalism. She is currently a Visiting Research Fellow at the Sarah Parker Remond Centre, UCL, and a Leverhulme Early Career Research Fellow at Sheffield Political Economy Research Institute, University of Sheffield. She has written for the Guardian, New Statesman and the New York Times among other publications, and appears regularly on the BBC and other channels.

The lecture will be chaired by Professor Phil Taylor, Pro Vice-Chancellor for Research and Enterprise, University of Bristol.

Booking for this event is via Eventbrite and managed by Migration Mobilities Bristol. Please use the contact function in Eventbrite to contact them with any questions.

Tickets are free but booking is essential. Please ensure that you arrive in time to secure your place in the lecture theatre. Latecomers will only be let in if places are still available.