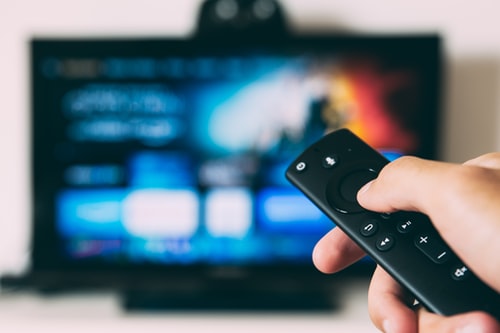 Ever wondered what it takes to write for one of the most successful television production companies in the country? Come and join the writers and producers of some of your favourite TV programmes, including Derry Girls, Outnumbered, Father Ted, Flack and Have I Got News For You.

Sarah Cartwright oversees the scripted development slate for comedy and comedy drama. She’s been across the development of a raft of Hat Trick shows, like Spy, You Me & Them, Boomers, and Flack, as well as earlier work on the scripts for shows like Dead Set and Twenty Twelve. Sarah also sees the development process from the other side, as a writer for screen and radio.

Chris Jones started his career working in Production on some of the UK’s biggest sitcoms such as The IT Crowd, PhoneShop, Detectorists and People Just Do Nothing before coming in-house at Hat Trick. With a passion for comedy and storytelling, he moved into development where he has a focus on Scripted and Comedy Entertainment shows. Chris had a monthly column in Gay Times Magazine and recently he’s written for Radio Times, Attitude and GQ.

Angela Sinden is the Executive Producer for Scripted. She cut her story teeth on the first five years of BAFTA winning series Shameless and has stayed roughly within that wheelhouse ever since. She greenlit Some Girls for Hat Trick, and has produced shows such as Great Night Out and You, Me & Them. At Genial Productions she Executive Produced The Trouble with Maggie Cole.

Roya Eslami started her career in television at BBC Comedy where she was a development assistant she then transitioned into drama beginning as a script intern and working her way up to in-house Script Editor at Tiger Aspect; there, she worked across multiple developments and productions, including the C4 series, Adult Material, written by Lucy Kirkwood. As a producer, she now works across both Hat Trick and HTM Television, developing comedy and drama.

Lucy McNally is Head of Development and an in-house Script Editor for HTM TV. She worked as a broadcast journalist for ABC News in Australia for over a decade before moving to London in 2018 to transition to scripted TV. Lucy then worked for the BBC medical drama, Holby City.